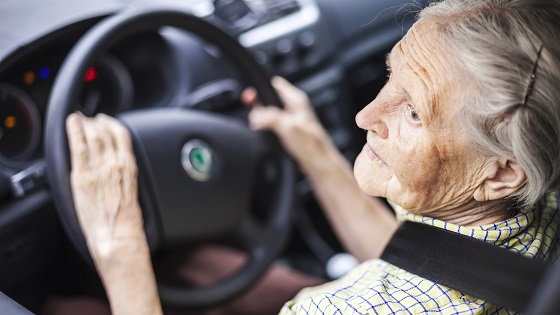 An elderly lady called us to arrange a withdrawal from her investments.  We asked a few questions so we could be sure that a withdrawal was her best option. She explained she needed the money for a new car. Her current vehicle was in the garage and she has been advised that, due to the amount of work that needed doing,  she would be better with a new car.

The garage said they would be able to provide her with one. Our Adviser became concerned and asked a few questions. He suggested she involve her sons which she did. They helped her get the car back from the garage, took it to their own garage and the car was fixed for about £200.

Our client was extremely grateful for our help which saved her from withdrawing a significant amount of money from her investments, for what would have been a costly mistake. 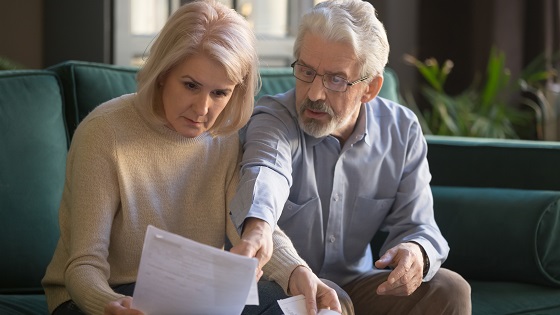 It is not only potential fraud victims that we try to help, but also people who may have experienced unsuitable or inappropriate advice.

Before contacting Ellis Bates, a client was advised by a rogue firm to transfer her Local Authority Final Salary scheme to a self-invested personal pension plan (SIPP) based in Malta.

Our client proceeded with the adviser firm’s recommendation but soon became concerned about the original advice and subsequent extremely poor investment performance. A complaint was lodged with a human rights organisation called Redress, however, Redress’ fees in connection with seeking compensation would be £50,000.

The client met us at the beginning of 2019 and we strongly believed that, due to the personal circumstances of the client, they should have been treated as a vulnerable client throughout the process.

We met with both the client and her sister and talked it through with them. We recommended they contact the Financial Ombudsman Service (FOS) directly. We helped the client fill out the forms from the FOS and supported them along the way.

The client was awarded with the maximum compensation amount of £85,000; £50,000 more than if the client had progressed their complaint with Redress.

The rogue firm is now no longer operating. We were delighted with the positive impact we were able to have on the client’s financial and emotional wellbeing and the help we were able to offer. 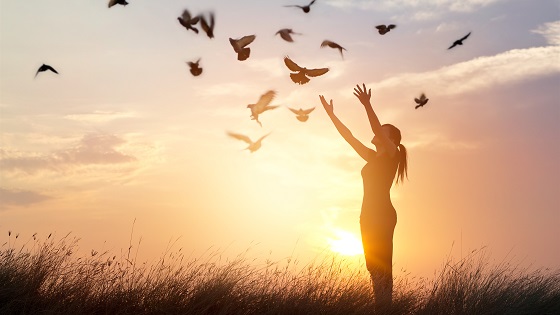 A married couple came to see us after the husband became disabled and no longer felt he could deal with their finances. Despite previously taking care of everything, he asked his wife if she would be able to deal with them moving forwards. They had a myriad of investments and deposits which were scattered across banks, building societies, direct shares, and funds.

Due to the husband dealing with their money prior to become disabled, his wife was worried as she was unsure of what needed to be done, as well as caring for him.

Following our meeting, they agreed to keep a lump sum for emergencies and care, invest some funds for their grandchild (reducing inheritance tax) and to consolidate the remainder, tax efficiently.

They both now have peace of mind that Ellis Bates are looking after them on an ongoing basis. They can concentrate on their health and getting on with life. They were especially delighted at the idea of being able to start a nest egg for their grandchild in their lifetime. 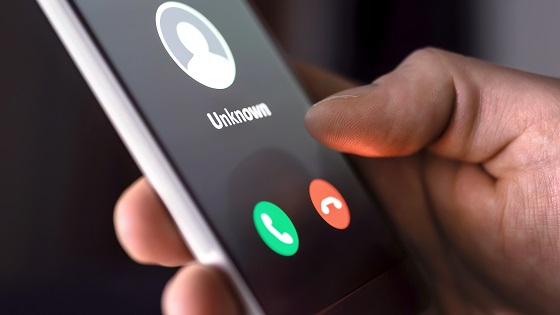 In early 2020 we received a call from an elderly gentlemen who had been advised by his bank to contact a professional independent financial adviser. This followed the banks concerns about their client’s intention to  purchase a bond quoting a very high yield.

The gentleman had searched online to look for possible investments on behalf of his wife, as they were curious to see if there was an option for her money to achieve better returns than they were currently receiving in interest from the bank. The couple were elderly, vulnerable and trusting, and had limited understanding of investment matters.

He entered some of their details into a website asking to receive a brochure with some information about an investment. They did not receive a brochure, and instead received a phone call from a company, different to the one he thought he had provided his details to online.

The call was from a confident, charismatic, persuasive individual, who spoke at great lengths with the gentlemen. The gentleman queried where he was calling from and the caller directed him to the FCA website to show him the entry for a company. This was not the same company  but an explanation was given as to why this was the case. They progressed to exchanging emails with various employees of the supposed business and also sent documents to prove their identity.

The gentleman was told that there was a bond with HSBC offering good returns, and that this had been bought for him. They requested £50,000 to be paid immediately. The gentleman was concerned as he had not agree to purchase any investment. However, following continuous calls from the individual they went to their local bank to withdraw the money.

The bank informed the couple that they whole heartedly believed this was a scam and refused to release the money. The bank strongly advised they seek professional financial advice

The gentleman contacted Ellis Bates for advice He was immediately passed through to one of our Directors who reiterated what the bank had said, highlighted the ‘red flags’, and explained all of the reasons why it did not sound like a legitimate investment opportunity, and could be fraud.

One of our Advisers went to visit the gentlemen and we talked about what had happened. Midway through the conversation the phone rang and it was the company he had been dealing with.  Our Adviser was passed the call and asked some questions. Unfortunately the caller quickly became rude, made personal attacks towards our Adviser and tried very much to intimidate them. The call ended and no further unsolicited attempt to contact was made.

The best advice for the client, based on their personal circumstances, was to consider premium bonds or a fixed term deposit account, and we suggested they speak to their bank.

We have notified HSBC bank and other relevant authorities. Here are some of the red flags our Adviser experienced: 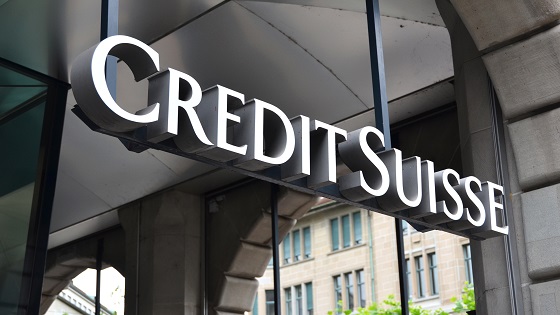 Acting in your best interests

A client of Ellis Bates rang their Adviser after looking online for an interest rate for a savings account. One of the websites they visited had promoted an interest rate of 5%, which the Adviser suspected was too good to be true. The Adviser looked at the website, www.mymoneymarket.co.uk, but there was only limited information available, so they submitted their own details to enquire further. The client had also previously filled in their information and received a phone call from a friendly and helpful individual, so there was no reason to think this was fraudulent in any way.

The email that the company sent through to the Adviser claimed that they were from Credit Suisse, a global wealth manager. The Adviser had suspicions that the email address, which ended with @europe.com looked untoward because it wasn’t displaying the usual company email address of @credit-suisse.com.

The second red flag was that the email claimed to offer a fixed rate return, but in reality, the value and return would fluctuate in line with the value of the underlying shares so it is not possible to predict or guarantee what the return will be. The client was advised not to proceed with anything until the Adviser had contacted Credit Suisse directly. Credit Suisse confirmed the email was fraudulent, which was immediately relayed to the client. The website “my money market” has since been taken down.

Although not a direct Covid-19 scam, more than 5m people in the UK have fallen victim to a financial scam since the Covid-19 pandemic began, or know someone who has [1] so please remember to stay vigilant at all times. 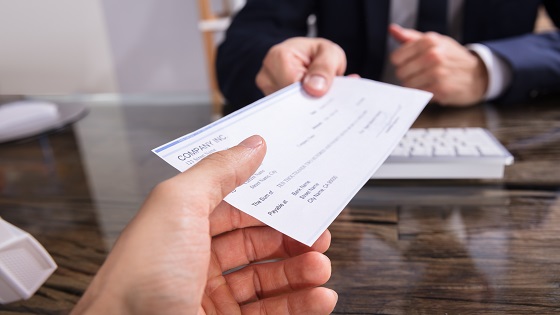 We were contacted by a widowed man who was 60 and wanted to work less hours due to aches and pains, but didn’t think that he could afford to.

We reviewed his pensions and found a ‘lost one’ that he didn’t know he had. We explained it had a generous guaranteed income option that he could take straight away along with his personal plan and other cash ISA’s. This meant that he could work less and be financially secure, whilst he waited for his state pension kick in. We helped him to take a step back, look at all his options, and make such an important life change happen. 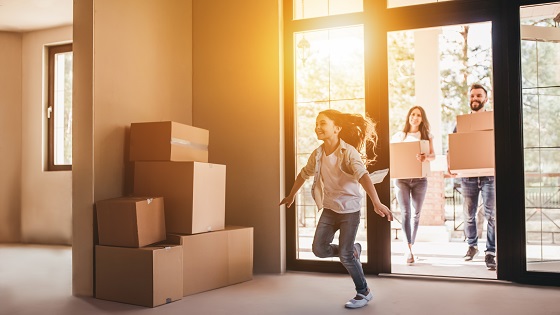 One of our existing clients lived in Leicestershire and had always wanted to move back up to the North of England. They had seen their perfect house but were not ready to sell the one they were in. They wanted to do some repair jobs and they also wanted to move things gradually, rather than a mad panic on moving day.

They called us  to ask how much they could raise by cashing in their pension fund and investments, as they were slightly short of what they needed. They had tried unsuccessfully to find bridging facilities and felt their only option was to take more from their pension fund, and so pay a lot of tax as a result.

The clients had a decent pension income but hadn’t thought of the option of a mortgage as they were retired. We organised a Lifetime mortgage for them which meant they could move to their perfect house in the North and keep their pensions and investments in tact. 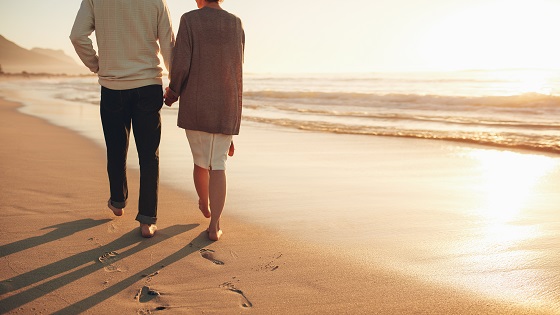 A married lady of 52, with an 11 year old son contacted Ellis Bates to explore a way in which she could retire early, as the thought of working up until her state pension age (67) filled her with dread. She worked for many years as a HR Manager for a large FTSE 100 company, but recently changed employer to reduce her working hours as the stress of raising a young son and working in a high-powered job was taking its toll on family life.

We conducted a full fact-find and obtained plan information. We found she had two small defined contribution pensions and a defined benefit pension, but this one would not pay full retirement benefits until age 62.

We put together a blueprint for retirement and arranged a second meeting to present the recommendations. We proposed she restructure her existing investment and put in place a disciplined saving plan for retirement taking maximum advantage of her annual pension allowance.

We were able to give her the opportunity to bring her retirement age down to 58. She was so happy she burst into tears, looked at her husband and said, “this is the second happiest day of my life”. Her husband turned to her and said, “and the first?” and she replied, “Andy’s first visit ”.

A couple approached us having reviewed their finances as they were trying to find out when they would be able to retire.

The wife was very unhappy and stressed at work and had 18 months left until she would receive her state pension. Although both of their state pensions together would be more than enough to meet their expenditure, they didn’t think that the husbands’ personal pension would be enough to give them the income they needed for the next 18 months.

We conducted a full review and found another final salary pension which they believe could only be taken at age 65. We reviewed it and found it could be taken from the age of 60 and so she could in fact retire early.