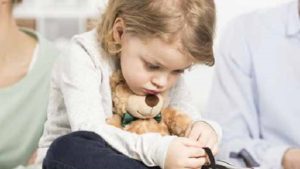 Women see incomes fall by 33% following divorce, compared to just 18% for men. Divorce is an emotionally charged event – and can be an expensive one. The financial impact of divorce can also last for decades and carry on into older age. Women are also often impacted harder financially by divorce, new research highlights.

Many women are likely to see their household incomes fall by a third (33%) in the year following their divorce, almost twice as much as men (18%) and are significantly more likely to waive rights to a partner’s pension as part of a divorce (28% women versus 19% men)[1].

Women are more likely to face a financial struggle post-divorce (31% women versus 21% men) and worry about the impact on their retirement (16% women versus 10% men).

Office for National Statistics (ONS) data shows, on average, women already have a significantly smaller pension pot than men. There are many reasons driving this disparity, one being that women are typically paid less, while men who divorce are far more likely to have been the primary breadwinner in the relationship (74% men versus 18% women).

This is why women will likely feel a greater degree of financial burden if transitioning to a single-income household and are likely to face financial struggles following a divorce from their partner (31% women versus 21% men).

This is particularly true for older women who divorce. One in four divorces occur after the age of 50 and women are significantly more likely to worry about the impact of their divorce on their retirement (16% women versus 10% men).

Rights to a key financial asset

While there is only a slight difference in the number of men and women who feel that the division of their finances at the point of divorce was fair and equitable (54% men and 49% women), the research found that many women may be signing over their rights to a key financial asset.

Women are significantly more likely to waive their rights to a partner’s pension as part of their divorce (28% women versus 19% men). This could have a significant long-term impact, particularly as women tend to have less personal pension wealth, according to the most recent findings from the ONS [2].

Plan to protect your financial future

In most families, the two largest assets are the family home and a pension fund. If you’ve made the decision to file for divorce, it’s time to gather as much information as you can and figure out the plan to protect your financial future. Please get in touch to find out how we can help you – we look forward to hearing from you.

A pension is a long-term investment not normally accessible until age 55 (57 from April 2028). The value of your investments (and any income from them) can go down as well as up which would have an impact on the level of pension benefits available. Your pension income could also be affected by the interest rates at the time you take your benefits. The tax implications of pension withdrawals will be based on your individual circumstances, tax legislation and regulation which are subject to change in the future. You should seek advice to understand your options at retirement.

Source data:
[1] Opinium Research for Legal & General ran a series of online interviews among a nationally representative panel of 2,008 UK adults aged 50+ who are divorced from 19-23 September 2020.
[2] https://www.ons.gov.uk/peoplepopulationandcommunity/personalandhouseholdfinances/incomeandwealth/bulletins/pensionwealthingreatbritain/april2016tomarch2018